Four weeks before the AMA convened its semi-annual meeting they approached one of our clients and asked them to produce an opening video for the convention. The video was to highlight the seven planks of health system reform. You can read about their position at the AMA HSR microsite to which we also provide services.

Once the agency had lined up all the doctors we got the crews together. Time was tight, we had to have a few crews working simultaneously, so Tom McCosky and Dave Cosby were hired. The client had also lined up an interview with Joanna Rudnick, a patient that had been denied coverage because of her family history with breast and ovarian cancer.

Once shooting was finished the fun stuff began. We the took all of our interview selects and tossed them into different “buckets.” One bucket for tort reform another for the SGR and so on. After we had all our good takes sorted we looked at all on Joanna Rudnick’s interview and got all of her good takes sorted we knew she would be a good thread for the entire piece. Then we started to weave together the story with Joanna commenting on her situation and doctors responding in kind.

The first reaction from the AMA was very positive and we just had a few minor changes. After we completed the revisions I took the video into Apple’s Color. I really wanted to separate the interviews with Joanna from the doctors, so I added a color tint to the windows and more saturation to the bricks and a vignette.

Here is the original: 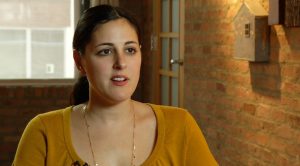 Here is the final look: 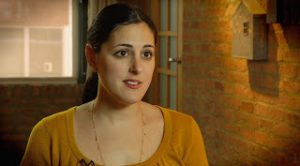 I also went through the entire piece corrected all the other interviews and b-roll, then returned to final cut to complete the final audio mix.

Here is the final piece.