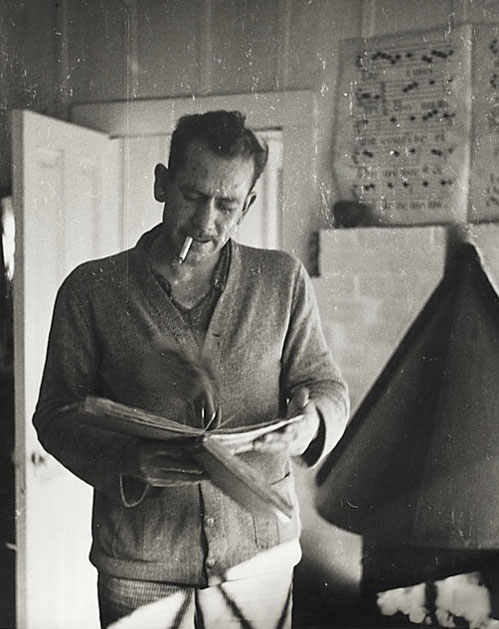 I’m no writer, but I’m fascinated with the process of writing. It’s the purest form of art in my opinion. I think the writing process has a lot in common with video editing, especially the kind of unscripted work that I do most of the time, (to be honest though, at it’s best, editing can probably only be regarded as a “high craft”)

1. Abandon the idea that you are ever going to finish. Lose track of the 400 pages and write just one page for each day, it helps. Then when it gets finished, you are always surprised.

2. Write freely and as rapidly as possible and throw the whole thing on paper. Never correct or rewrite until the whole thing is down. Rewrite in process is usually found to be an excuse for not going on. It also interferes with flow and rhythm which can only come from a kind of unconscious association with the material.

3. Forget your generalized audience. In the first place, the nameless, faceless audience will scare you to death and in the second place, unlike the theater, it doesn’t exist. In writing, your audience is one single reader. I have found that sometimes it helps to pick out one person—a real person you know, or an imagined person and write to that one.

4. If a scene or a section gets the better of you and you still think you want it—bypass it and go on. When you have finished the whole you can come back to it and then you may find that the reason it gave trouble is because it didn’t belong there.

5. Beware of a scene that becomes too dear to you, dearer than the rest. It will usually be found that it is out of drawing.

6. If you are using dialogue—say it aloud as you write it. Only then will it have the sound of speech.