“You’re Unbelievable”, “Great job” and “That was awesome” are just some of the praises we received from our clients in 2012.

We started the year helping Jasculca Terman create an Image piece for their client presentations.

We cut a documentary trailer for an incredible story about an Native American Lakota Medicine Man, Sidney Has No Horses.

We partnered with the Chicago Chapter of the American Marketing Association to create promotional content for their flagship seminar BrandSmart 2012. The AMA Chicago wanted us to interview current and past BrandSmart speakers. These interviews included such luminaries as Ted Soder from Google, Dan Michelson from Strata Decision Technology and veteran marketing consultant, Kim Feil.

To further promote BrandSmart 2012, MotionPost proposed interviewing several of the out-of-town speakers via skype. We created a graphics treatment that accentuated the social media aspects of the interviews, and matched this year’s theme “Owning the Tectonic Shifts in Marketing”.

Deltak, a leader in online learning curriculum, called on MotionPost to create a high end instructional presentation for one of their customers. We used the visual analogy of home building to illustrate the project completion cycle.

The Dober Group turned to us for a solution to showcase their commercial laundry software. We worked with Dober to write a script and create a production schedule, then our team went to Pennsylvania to document how Dober’s software conserves energy and monitors employee productivity.

Special Olympics Illinois returned to leverage all the great footage we shot for their 2011 feature piece. We sat down together to create PSA’s for several markets across the state.

We teamed up with Lite Fuze to build a series of graphic animations for Cobra Electronics booth at the Las Vegas Consumer Electronics Show. Cobra tasked us with showing all of their products specifications and features in a visually appealing manner.

Through it all, we traveled across the country to create quick turn-around meeting wrap up videos on location for several companies including Valspar and Molex.

These are just some of the highlig 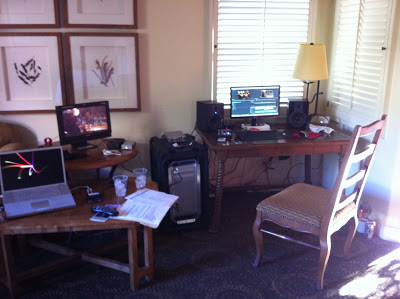 hts of an awesome year. We helped many more people move their message in 2012. We look forward to moving you in 2013.